The site of Khanazir is located approximately 7.5 kilometers south of Feifa to the north of Wadi Khanazir. The site was located by MacDonald’s survey of the southern Ghor (Site #141, MacDonald et al 1987: 406, fig. 4; MacDonald 1992: 69, fig. 13, pl. 14). MacDonald’s team identified 85 rectangular stone structures at Khanazir distributed across the site. 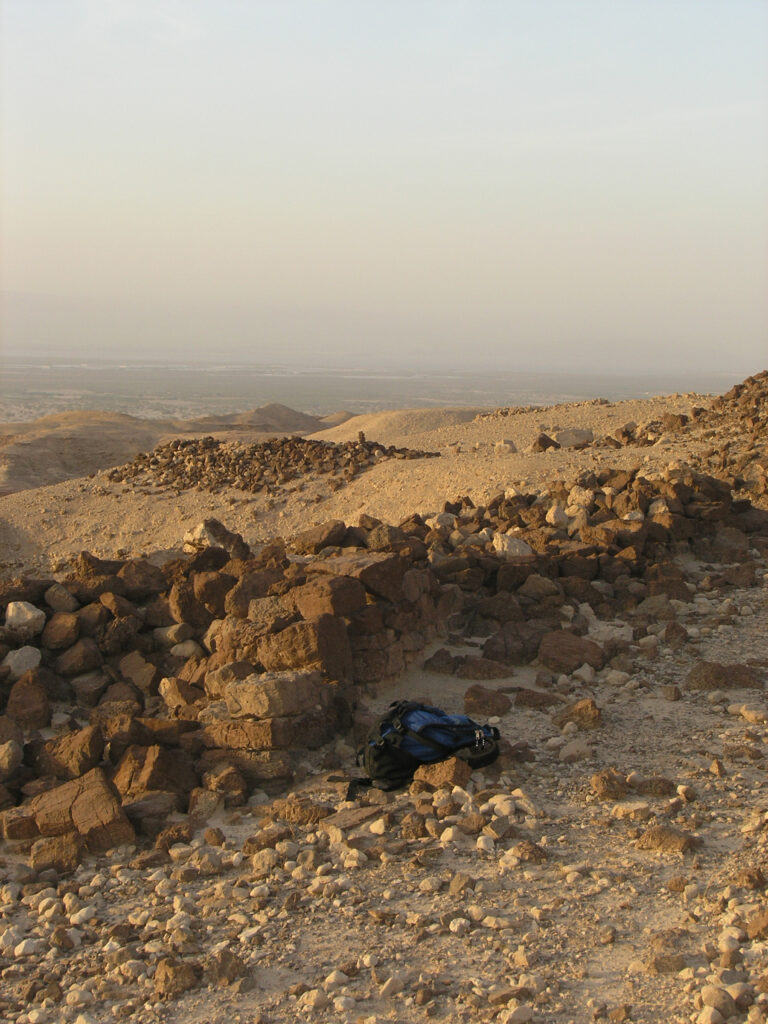 Looking west across Khanazir with three mortuary structures framed with in the photograph, with the Wadi Arabah in the distance

The EDSP surveyed the site and conducted test excavations in 9 of the 85 identified tomb structures in winter 1989-1990 by a team led by MacDonald and Nancy Lapp. MacDonald (1995) reports 4 types of tombs identified at Khanazir, all working on some variation of the stone-lined shaft tomb (as found at Bab edh-Dhra’), or the stone-lined cist tomb (as found at Feifa and Safi/Naqa). 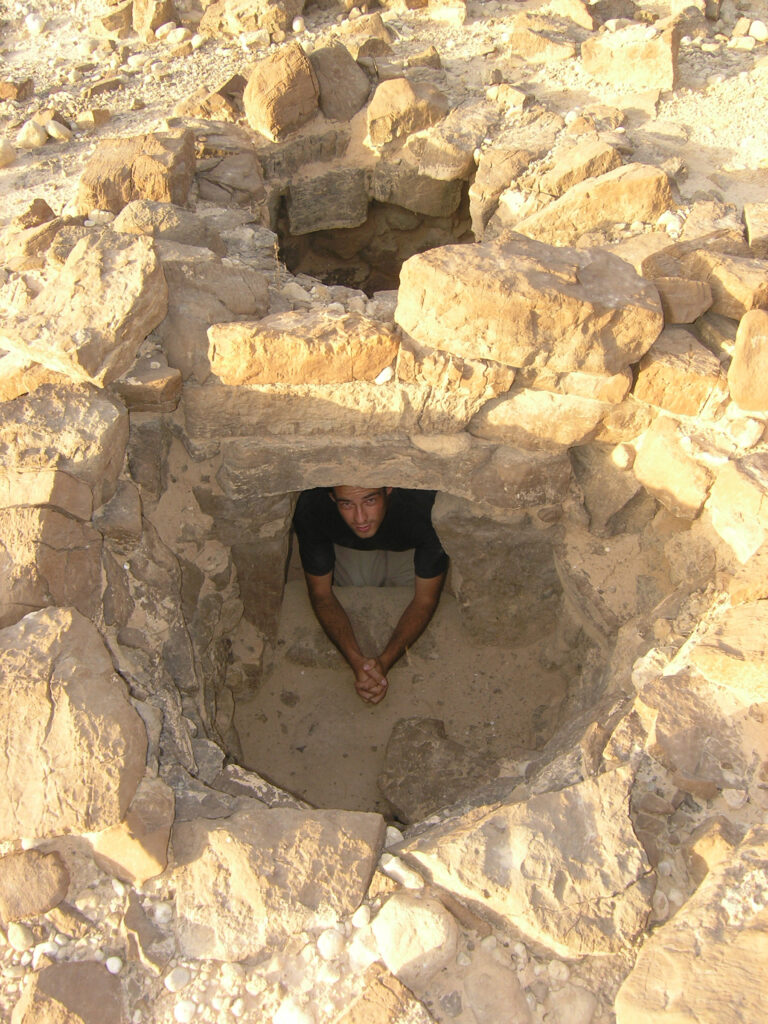 Archaeologist Jamie Fraser inside a stone-lined tomb, placed in the center of a large rectangular stone building</div<

The vast majority of human remains were disarticulated, and interpreted as secondary burials. In one tomb, however, people had reused the tomb, placing fully articulated skeletons overtop of the earlier EB IV disarticulated materials. These later skeletal remains were associated with Egyptian seals of the Ramesside age. All pottery from Kh. Khanazir is EB IV, and has parallels with EB IV ceramic material from Bab edh-Dhra’ as well as Tell Iktanu. The skeletal remains and cemetery are currently under study, and will be published once the Numeira town site publication has been completed.