The EDSP conducted a survey of the southeastern Dead Sea Plain in 1973, and identified several Early Bronze Age sites in the region, including the settlements at Bab edh-Dhra’, and Numayra, and cemeteries at Bab adh-Dhra’, Safi/Naqa’, Fifa, and Khanazir (Rast and Schaub 1974). In the 1970’s and 1980’s the EDSP conducted excavations at Bab edh-Dhra’ (settlement and cemetery), Numayra, Fifa, and Khanazir. Summaries of the preliminary results can be found on the following links. 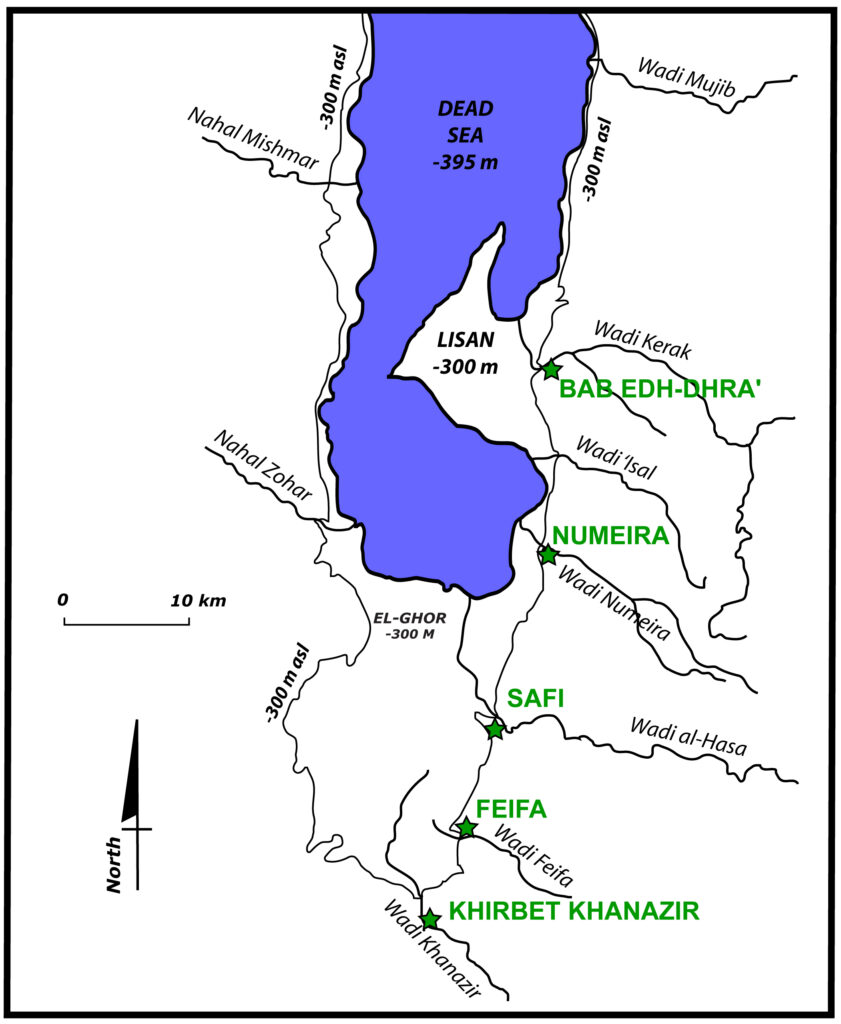 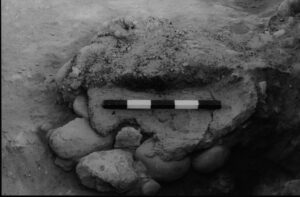 Clay bin partially excavated in Room 11 at Numayra. Note the carbonized emmer wheat inside the remains of the clay bin.